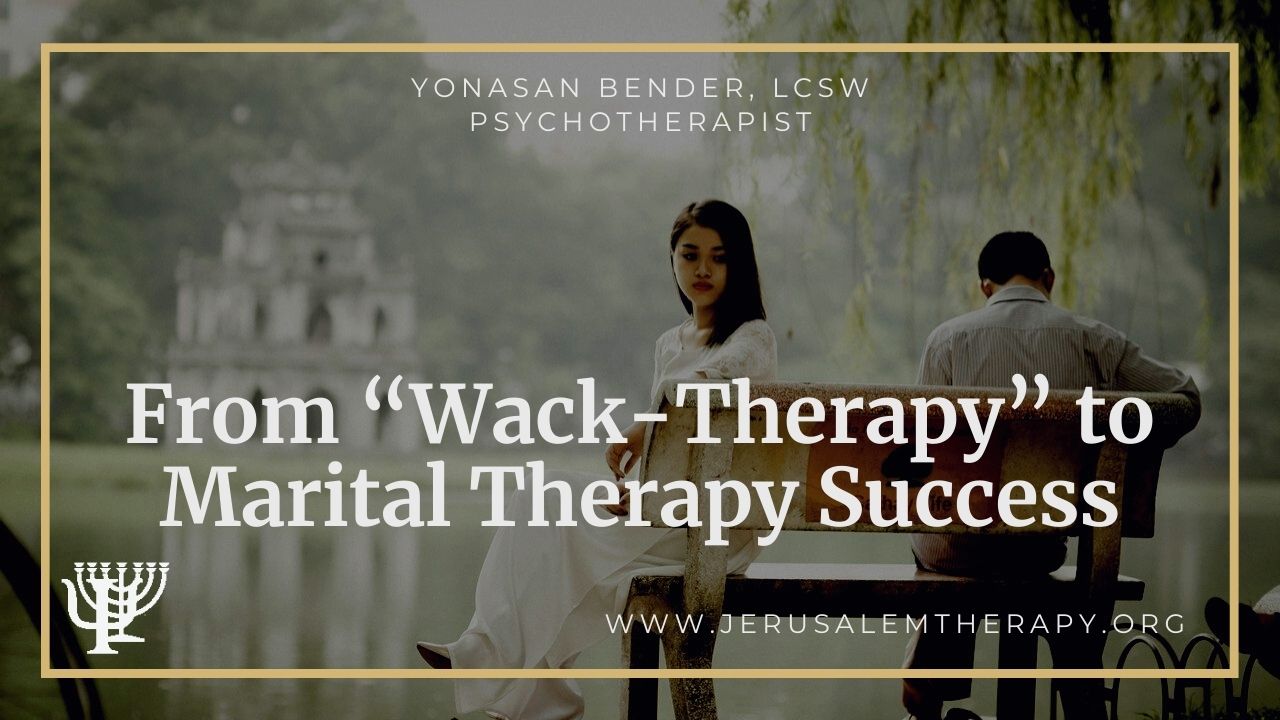 The early years of couples therapy were a lot like new marriages. It was uninformed and unnecessarily convoluted. Studies showed only 15% of couples satisfied with their marriages. This was cross-cultural and therapy didn’t make a dent. The field amounted to unproven theories and a no-man’s land of paradoxical interventions. Everyone knew there was a problem but the solutions were hard coming.

One shining example of marriage therapy’s Dark Ages is George Bach’s work. Lulled into a false sense of security by the intake, couples were ushered into treatment. Before them they discovered two giant foam bats. The instructions were simple. The only solution was to “drain” the toxicity out of the marriage. Each partner needed to take turns shouting their grievances as they gave the other a good whack. Unsurprisingly, ailing couples kept coming in motivated by more than desperation. They got to hit, guilt-free, the person who most betrayed them. What a deal. Even more unsurprisingly, this poor understanding of catharsis didn’t help anyone. It bred resentment and divorce.

Was Bach a hack therapist? No. Was this the weirdest example I could think up? No. This example illustrates how desperate clinicians were to make a dent. Nothing else they were trying was working. “Let’s try hitting each other and see what happens.” Today, marital therapy has transformed. It’s effective at tackling the 15% satisfaction rate. We have excellent research and tested interventions. Currently, 80-90% of couples walk away with a rich, satisfying, and loving relationship. What changed?

Empirically minded researchers like John Gottman stepped forward. They chucked out the theories and asked, “What do couples actually do? Are there any consistent patterns?” Gottman, a keen observer of behavior, locked away couples in his research apartment. The place was rigged with every imaginable type of recording device. The goal was to capture how couples actually interact over days and weeks. Gottman compiled thousands of hours of recordings. He tracked thousands of couples for decades. What emerged were clear and simple instructions for a healthy marriage. He figured out the differences that separate the marriage masters from the disasters. Next week, we’ll dive into the nuts and bolts of Gottman’s research.

Yonasan Bender LCSW graduated from Hebrew University’s School of Social Work. He works with adults, couples, and children from his private therapy practice in Jerusalem. To share your thoughts, experiences, questions, or a different perspective, you can reach Yonasan Bender LCSW at 053-808-0435 and at info@jerusalemtherapy.org or check out his website at www.jerusalemtherapy.org.

How Corona Pops Our Psychological Balloon

What’s Your Job as Client and My Job as Therapist?