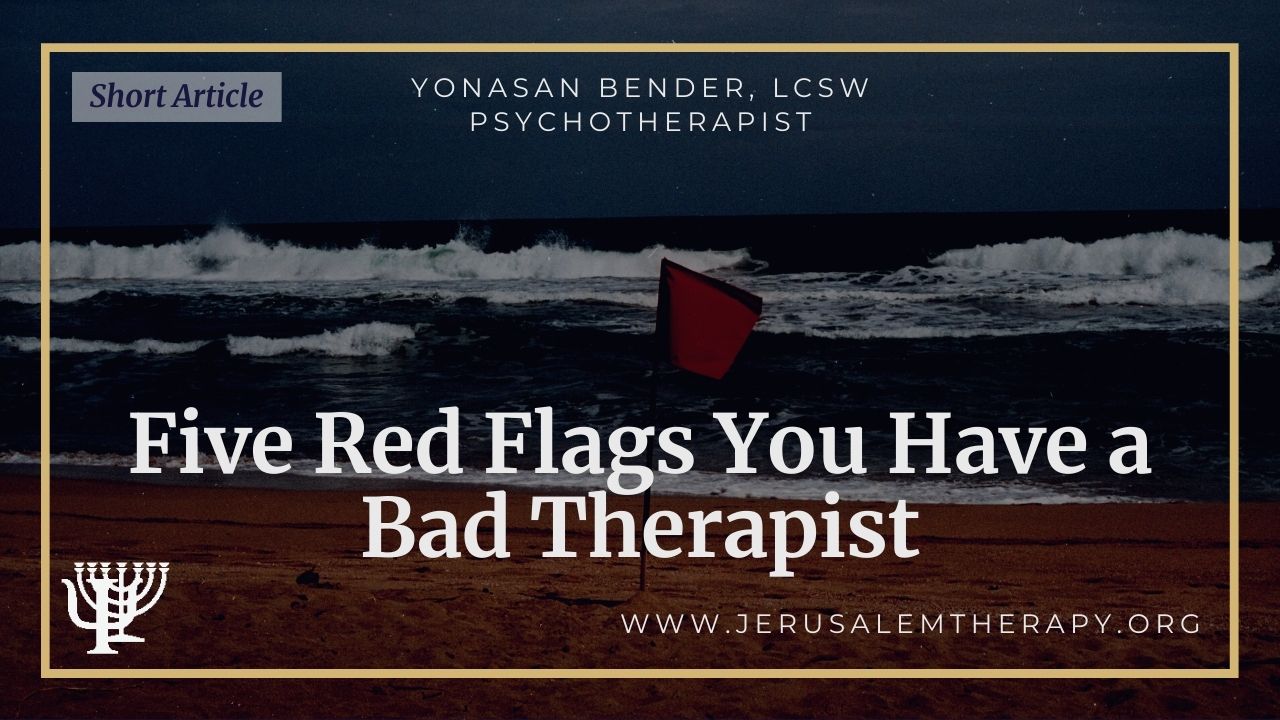 When a group of young “new rich” men get together on New Year’s Eve, the last thing anyone expects out of them is a cultural revolution.  Personally, my standards for them hover somewhere between not hitting their head on the curb when they pass out and recognizing where they wake up in the morning.  In 2008, Garrett Camp and his buddies surpassed my expectations and began their own cultural revolution.  They had the night of their lives bouncing from one New Year’s party to another with the festivities racked up a nice little fortune.  One part of that fortune was the $800.00 taxi fees.  In between the tequilas, Camp made a very unique New Year’s resolution – he set his sights on developing an app that could slash the price of taxis making life without a car more affordable and giving those with a car a new way to make some decent cash.  A few years later Uber was born.

What’s nice about this little app, aside from the savings, is you know what you’re getting into.  It streamlines the whole process of getting a driver putting power in the hands of the consumer by rating their experiences.  Was the driver pleasant?  How was his driving?  Did he get you from point A to point B with as little hassle as possible?  When it comes to driving, we’re all expert backseat drivers and if you’re American, you were even born with a pair of car keys in your hand.  The point is, we all know what it’s like to drive, how to do it, and have a sense if the uber is taking the “long way” or is honest enough to drive directly where you need to go.

When it comes to therapy, it’s not that simple.  How is someone supposed to know if he’s getting five-star therapy service?  Aside from the initial weirdness of spilling your guts to a complete stranger, which is bad enough, this stranger gets to pry into every nook and cranny of your private life.  Sometimes therapists don’t even talk normal!  Ranging from awkwardly worded, “what do you think would happen if” questions to taking you on a guided imagery tour of the home you grew up in, these sorts of experiences can make someone wonder if this is all for real.  It’s no wonder a high percentage of clients will stop in once never to be heard from again.

The good news is therapy works.  In fact, the benchmark of any good therapy is if it out performs placebo and medicinal treatments.  In most cases, it isn’t just more effective – it’s shockingly more effective.  A big part of why that is happens to be due to the uniqueness of the specific structure of the conversations that take place, how the relationship between the therapist and client develops, and the different exercises used in the therapist’s “tool kit”.  The one catch to all this is that what you’re receiving is a legitimate therapy.

The ball park estimate is that there are over 600 different “flavors” of therapy putting Baskin Robin’s 31 to shame… and this number is growing every month.  Unfortunately, the vast majority of them have never been tested in controlled clinical trials.  Further, most therapists are not practicing a single approach but like to “mix things up” with an eye for eclecticism.  So how can the average consumer know if he’s getting the real deal?  Unfortunately, we can’t check to see if the therapist we’re seeing has one or five stars by his name, but there are “five stars” of basic criteria you can use to protect yourself from imitations and rest assured you’re getting a therapy that works.

A growing research base is showing that the difference between the master and disaster therapists is if they are able to be self-loving despite their personal flaws as well as having a healthy dose of self-doubt about their treatment approach.  Because of these two qualities, good therapists are constantly looking for better ways to help their clients, are holding themselves to a higher standard of service, and at the same time are not turning into their own worst enemy.  Being open to failure, in a slightly counterintuitive way, frees the therapist from having to be right all the time or falling into the trap of blaming their client when things don’t go as planned.  While this one is the hardest to put your finger on, it comes out when you see the therapist becoming more exasperated or blaming. One other cheat in seeing a therapist’s humility is their willingness to use questionnaires to track their work and if they receive some sort of supervision.

50 years of research has definitively shown that therapy works. That being said, it also isn’t a magic bullet either and is just like any other medical treatment.  Sure, Tylenol is effective for most people but it doesn’t work for everyone and the same can be said for specific therapeutic approaches.  So when you hear that a therapeutic approach is revolutionary, transformative, or a cure, it’s time to start asking yourself if this therapist is just really into his profession… which is great, or if he’s a walking infomercial – “it slices, it dices, it even can cut through this penny!”  Therapy can be life transforming but it shouldn’t sound like the therapist is a snake oil salesman.

Obviously, we hope that the therapist we’re seeing is an expert and can help us but that is a far cry from stumbling upon a guru who has seen the light and is trying to spread the “good word.”  “Selling” a better life is not the same thing as selling a brand.  It can be challenging, as a therapist, to communicate that they can help without sounding like a used car salesman, but when you sense that the used car your therapist is pushing comes with a bridge that is half off, it’s time to start asking questions.  One sign of this is when a therapist is pushing a genesis myth on the “amazing” researcher who discovered this “amazing” approach that was sitting next to the pot of gold at the end of the rainbow.  The truth is that the development of therapy has been a combined effort of countless researchers and clinicians over the last 100 years.  Sure, there have been luminaries in the field, but no one can claim they’ve discovered therapy’s equivalent to the Ark of the Covenant and only they have all the right answers. Research shows cognitive behavioral therapy, behaviorism, psychodynamic therapy, and many humanistic therapy traditions are all just as effective as the other for most problems. In fact, the challenge in recent research has been in breaking the high effect size limit all authentic therapies have. Right now that’s .85. Without getting technical, that is an extremely high number but isn’t 100%.   When your therapist starts sounding like he’s the king of the hill and hits 100% every time, it might be a good idea to find another hill.

#4 One Size Fit’s All Claims

Different therapies share a lot of common factors.  That’s probably why so many different approaches usually end up being just as effective as the other.  There is always a specific structure, a well laid out plan for change, and specific therapeutic tools to rely upon to achieve that change.  At the same time, people are different and not every approach speaks to every person.  In fact, therapy has entered a new stage in development where the different camps are becoming more integrated in order to tackle this problem.  There are even a few therapies that really can claim to be effective across multiple disorders such as Acceptance and Commitment Therapy or The Unified Protocol of Transdiagnostic Treatment of Emotional Disorders.  But even these approaches don’t work for everyone.  New age “therapies” are often guilty of making this promise – that their new method doesn’t just “curse it all” like depression, anxiety, personality disorders, but even works on your pets, babies, and somehow will “zingo” through you to helping your annoying neighbor down the street!  They beg the question – if your “special way” works so well, why isn’t your approach a part of therapy’s mass integration movement?

There are two main ingredients to good therapy.  The first is the human relationship where the therapist is someone who is really in your corner, empathic, and clearly cares about you as a person.  You should have the sense that the two of you are working together towards improving your life.  The second is the specific technique of the therapist.  Most of us have a fair sense of the first but the second factor is out of most people’s league.  Unfortunately, there is so much unsubstantiated anecdotal evidence and pseudoscience flying around that it’s hard to be able to tell fact from fiction without doing an in-depth research project. For someone struggling with depression and is legitimately dealing with just getting out of bed, this can be an impossible task.  Worse, some people want so badly to get better that this might fuel the belief they are receiving help when they in fact aren’t.  That’s why the American Psychiatric Association put together the Society of Clinical Psychology Division 12 task force (Click here to check out their website).  They have put together all the different research evidence on every type of therapeutic approach and, in common sense language, spells out if the approach is proven to work and for what problem it can be effective with.

Maybe one day we’ll be able to whip out an Uber Therapy app to get a sense of who is out there that can really help us.  Until then, these five stars of good therapy are pretty good guides to navigating the confusing mental healthcare system getting you from emotional point A to point B with just a little more ease.

Yonasan’s a graduate of Hebrew University’s Paul Baerwald School of Social Work and Social Welfare. He completed post graduate training in a wide array of therapeutic approaches. These approaches range from CBT to Psychodynamic therapies. Before Hebrew University, he studied at Washington University in St. Louis and Drake University. Yonasan majored in philosophy and ethics.

Yonasan is a member of the Association For Contextual Behavioral Science. He’s a key member of the clinical team at The Place, the Jerusalem Centre for Emotional Wellbeing. Yonasan is a Dialectical Behavioral Therapist skills trainer at Machon Dvir. He’s also a group leader for the National Educational Alliance for Borderline Personality Disorder’ Family Connections program.

He specializes in treating anxiety, depression, anger, poor self-esteem, insomnia, and marital conflict. He has an extensive background working with individuals, couples, families, and children.

What’s Your Job as Client and My Job as Therapist?

Why Am I Feeling So Depressed?